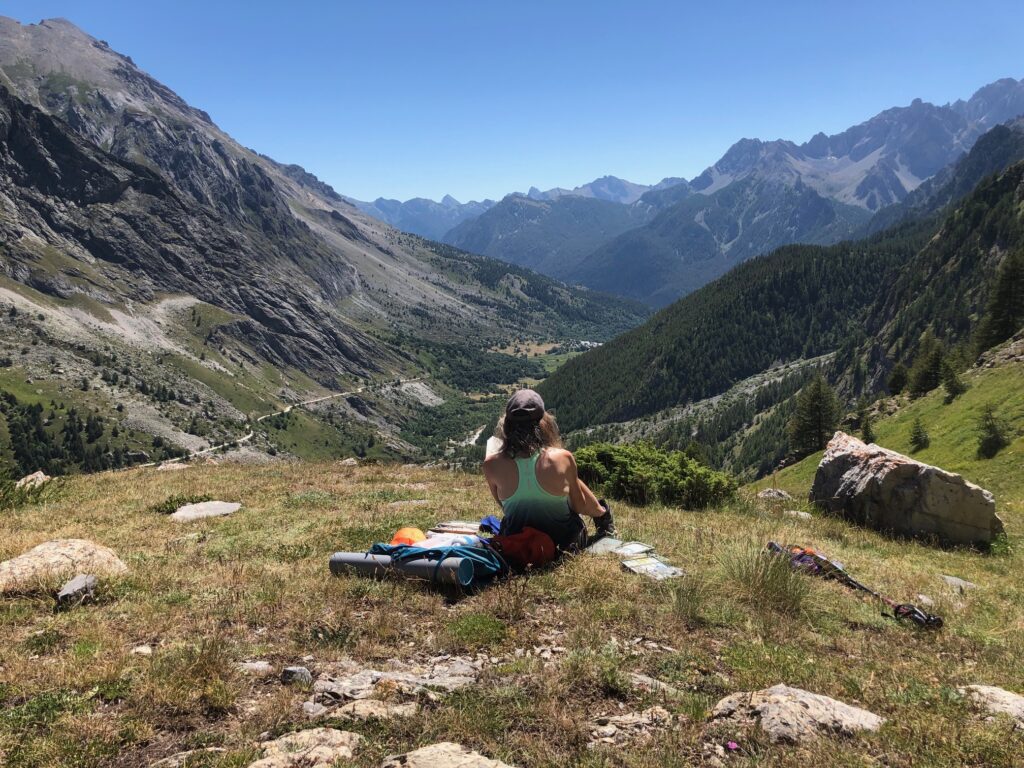 Painting in Valle Maira in the Italian Alps, in August

Born in the U.S., Janet Johnson grew up amid the rolling hills and lush farmland of central Pennsylvania, beginning her lifelong fascination with the landscape.

Educated at the Tyler School of Art and Villa Schifanoia Graduate School of Fine Art in Florence, Janet studied first-hand the masterworks of Italian painting and sculpture. That experience fueled her desire to present themes of beauty in a figurative style.

The dramatic landscape art of the Romantic period is an important influence on the artist’s portrayal of the landscape. In a similar way, Janet envisions the profound experience of nature: as a source of pleasure and sensuous beauty as well as spiritual uplift.

The expansive mountain scene is a hallmark of the artist’s style. The mountain landscape is framed as a metaphor for the larger journey of life. Against this backdrop the artist portrays moments of serene contemplation, as well as scenes of action that highlight moments of courage in a challenging environment.

In her nocturne works, the artist explores the ephemeral beauty of the landscape at night. Evoking a dream-like mood, the artist takes the viewer into a transcendent moment where snowy peaks shimmer against the night sky, lit by the moon and stars above.

Janet Johnson’s paintings are held by collectors worldwide: in England, Europe, North America, and Asia. Her work is profiled in the book, The Artists of the Alpine Club, by Peter Mallalieu.

‘Mountains and the Sea: Svalbard and Northern Norway,’ 2018.

Selected Gallery Exhibitions in the Past 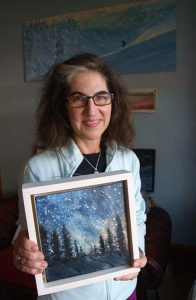